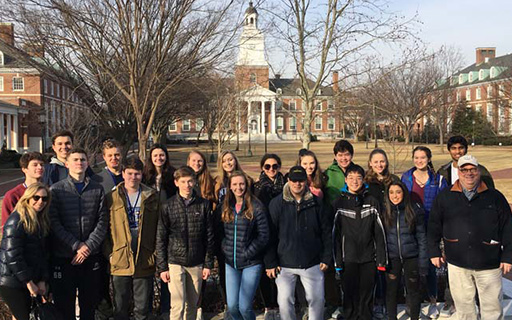 Nineteen sophomores, juniors and seniors – who are members of the Bronxville High School Model United Nations club – assumed the roles of UN ambassadors to debate a variety of current issues during a four-day trip to the Johns Hopkins University Model United Nations Conference, held Feb. 8-11.

At the conference, which was attended by more than a thousand high school students, the student-delegates learned about the specific country they had been assigned to and understood the complexity of resolving different problems and current issues. Over the course of the conference, they participated on various committees, such as the General Assembly, which includes the Special Political and Decolonization Committee; the World Health Organization; and the Social, Humanitarian and Cultural Committee, among others, and advocated their positions.

Christina Reidel, a Bronxville High School history teacher and Model UN adviser, said it has been exciting to see the students active in an organization that requires performance on a highly intellectual and socially critical level.

“The JHUMUNC was especially rigorous, and I was happy to get my proposals through,” Leka said. “Working with peers on complex issues is challenging and it requires enormous collaboration and consensus-building. I feel so honored to receive an award.”

Ferguson said it was gratifying to be recognized for his work at the conference. Throughout his Model UN experience, he said he has gained leadership and problem-solving skills and improved his ability to comfortably speak before a large group of people.

“Most topics for Model United Nations conferences are built upon current world issues, problems and crises,” he said. “Since no one can work on their own, this program pushes all delegates to listen to their peers, understand their country’s position and compare it to those of other countries, and work together with others to attempt to pass a resolution to help with the problem being debated.” 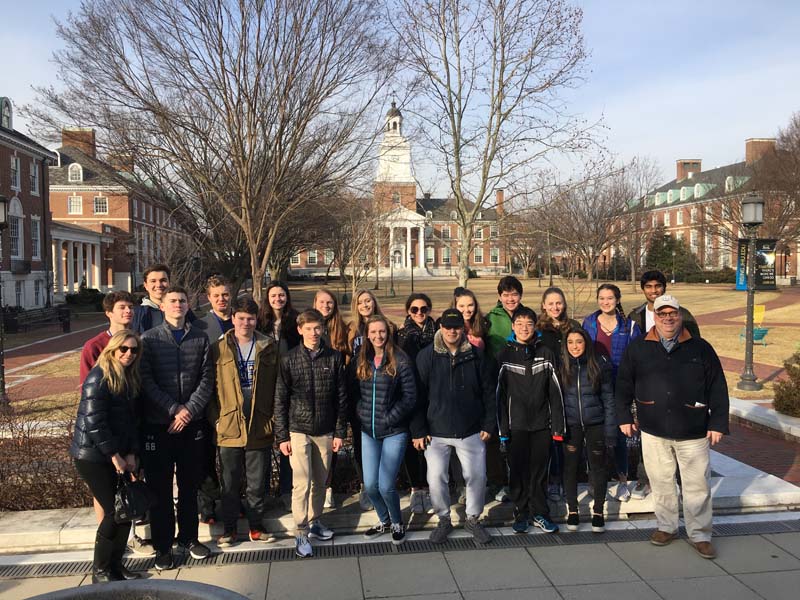