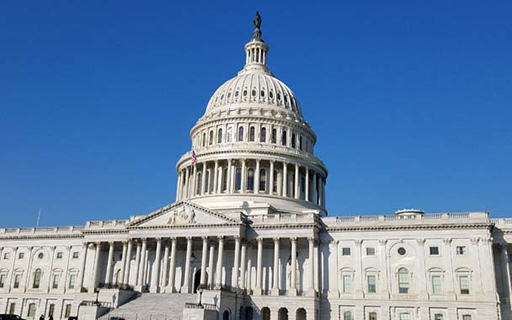 Eighth-graders spent three days exploring Washington, D.C., as part of a long-standing tradition at Bronxville Middle School. During the field trip from March 14-16, they immersed themselves in the history of our country and visited a number of historic sites and museums.

On the first day of their trip, the students visited the United States Holocaust Memorial Museum and the memorials to Thomas Jefferson, Dr. Martin Luther King Jr. and Franklin Roosevelt, and toured the Korean, Lincoln, Vietnam, and WWII memorials. Over the next two days the students visited Capitol Hill, the National Air and Space Museum, the Supreme Court and the White House, before enjoying the production of “Shear Madness” at the John F. Kennedy Center for the Performing Arts. The trip concluded with a visit to the Newseum and Arlington National Cemetery, where they witnessed the changing of the guard and wreath-laying ceremony.

“I hope the students gained a better understanding of the operation of our nation’s capitol, the history of the sacrifices to become an independent nation, the struggle of the Holocaust survivors and the incredible work still yet to be done to eliminate the class and race differences that still exist,” guidance counselor Jim Agnello said.

Agnello added that the trip coincided with the students’ social studies, history and literature lessons. In their English classes, they had created poems based on the exhibits of the United States Holocaust Memorial Museum.