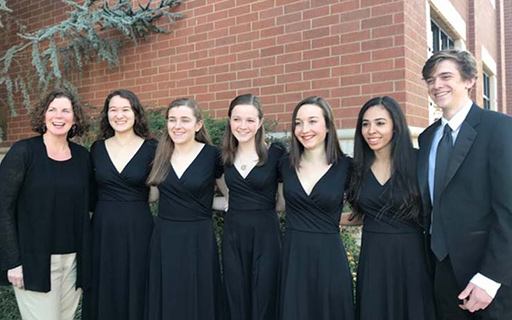 Six students from Bronxville High School were selected to perform with the Organization of American Kodály Educators’ National Conference Choirs, a high-quality performance program featured at the annual OAKE National Conference in Oklahoma City from March 21-25.

The national conference brought together well-known educators and conductors and culminated with a performance of the students who had been selected through a rigorous audition process. Junior Jack Palermo performed with the Chamber Ensemble, which performed eight pieces, all a cappella, under the direction of esteemed Hungarian conductor Lilla Gabor. Seniors Hana Eddib, Margaux Frohlich and Evelyn Kluemper, sophomore Alice O’Connell and freshman Caroline Palermo performed with the Concert Women’s Choir, which performed under the direction of renowned composer and conductor Dr. Andrea Ramsey.

“It was an incredible experience for the girls to be able to work with a living composer to bring her music to life,” music teacher Pamela Simpson said. “Our students worked independently to rehearse the challenging music prior to going to Oklahoma City. Once there, they spent eight hours in rehearsal every day preparing for their concert in the Civic Center Music Hall.”

The Organization of American Kodály Educators holds a conference in a different city each year. The organization aims to support music education and promote universal music literacy and lifelong music making. 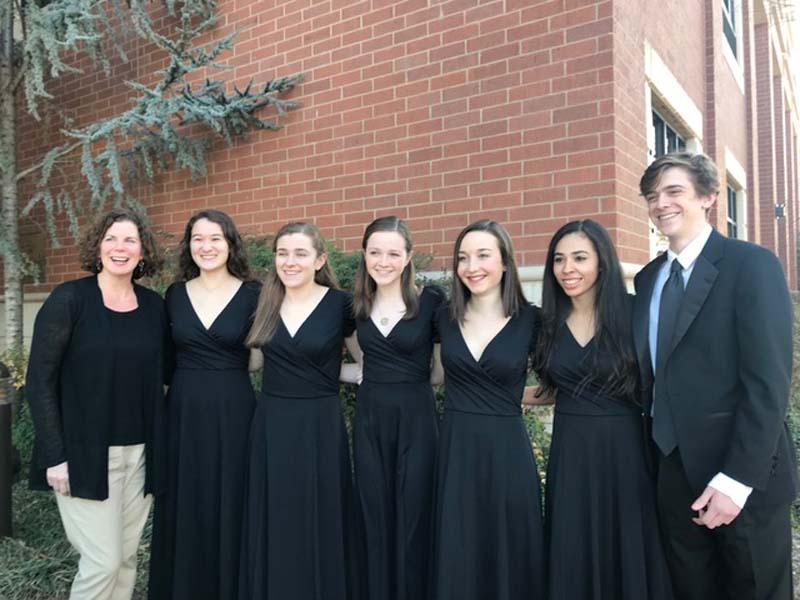